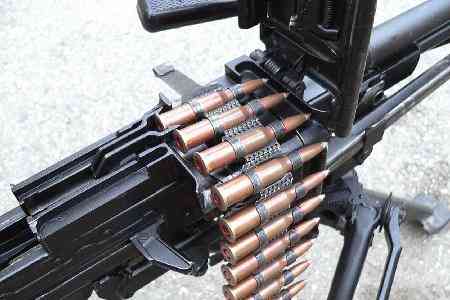 ArmInfo. The National  Security Service of Armenia has identified a criminal group that  illegally acquired weapons from the battlefields in Karabakh.

In particular, as noted in the report of the NSS, a resident of  Yerevan S.B., who went to Karabakh as a volunteer on September 27,  2020, with the prior consent of a number of persons, illegally  acquired firearms that were exported from Artsakh to Armenia. After  that, on November 3, 2020, he agreed to sell each machine for $ 500-  $ 600. As a result of the measures taken by the NSS and the search  conducted in the apartment of S. Kalashnikov assault rifles and other  weapons prohibited for circulation were seized and confiscated.

As a result of the investigative actions taken to establish the  identity of the person who sold the firearms S.B. as a defendant in  the criminal case, a large number of cartridges, ammunition and  weapons illegally obtained from the battlefields for sale were found  in the hiding places of the village of Teg, Syunik region.  So,  during the search, 43 Kalashnikov assault rifles, a large number of  cartridges of various calibers, knife blades, holsters for pistols,  optical devices for aiming rifles, hunting rifles, 1 grenade, etc.  were found.  The National Security Service of the Republic of Armenia  continues to carry out active operational-search measures to identify  other possible weapons and ammunition, illegally exported from the  battlefields to the territory of the Republic of Armenia, and to  initiate criminal proceedings against all persons involved in this.  At the same time, the RA National Security Service calls for the  voluntary surrender of weapons, explosives or devices that were  illegally exported during the hostilities or after the establishment  of a ceasefire, which will allow the applicants to be released from  liability.