ISESCO head goes to political provocations, intending to declare  Shushi the "capital of the Islamic world" 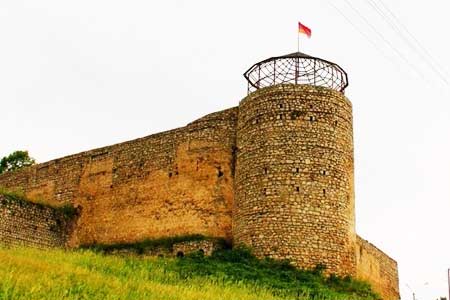 ArmInfo.The Islamic Educational, Scientific and  Cultural Organization is pushing the idea of declaring Karabakh  Shushi the "capital of the Islamic world". As reported by Baku media,  ISESCO CEO Salim bin Muhammad al-Malik announced this at a briefing.

Assessing the results of the visit of the delegation to the  territories of Azerbaijan "liberated from the occupation'' he said:  "We saw the destroyed cities and cultural and historical monuments",  obviously not noticing a thorn in the eye - the old Islamic mosque  restored by the Armenians in Shushi.  ISESC is a specialized  organization dedicated to education, science, culture and  communication in Muslim countries, to strengthen communication  between member states. ISESCO headquarters are located in Rabat.  The  founder of the so-called "Islamic UNESCO" is the Organization of  Islamic Cooperation.