The ombudsmen of Armenia and Artsakh prepared the 5th report on the  atrocities of the Azerbaijani Armed Forces against captured ethnic  Armenians and the bodies of the dead. 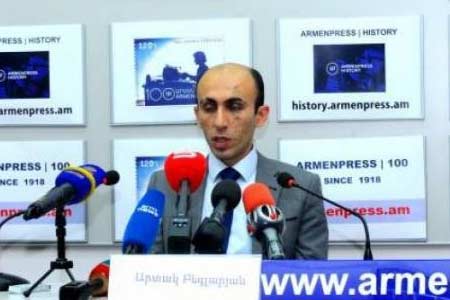 ArmInfo. Ombudsmen of Armenia and Artsakh Arman Tatoyan and Artak Beglaryan have finished the 5th closed report on the atrocities committed by the Azerbaijani  armed forces against the captured ethnic Armenians and the bodies of  the dead. This is the 5th report to cover only torture and brutality.

As reported by the press service of the RA Ombudsman's Office, the  report reflects the period from November 19 to December 2.

The report contains evidence and analysis confirming the Azerbaijani  policy of ethnic cleansing and genocide by terrorist methods in  Artsakh.

P.S. We do not publish the contents of the report for obvious  reasons, given the cruelty of atrocities and tortures committed by  Azerbaijan. It will be forwarded to international bodies, as well as  to the relevant state bodies of Armenia, "Tatoyan said.