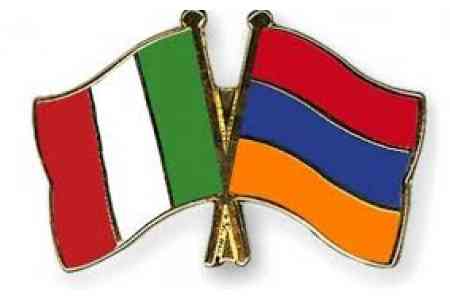 ArmInfo. During a telephone conversation with his Italian counterpart Luigi Di Maio, Armenian Foreign Minister Ara Ayvazyan expressed hope that efforts will be  made on both sides to enrich the Armenian-Italian bilateral agenda  and increase the effectiveness of interaction.

Referring to Turkey's expansionist aspirations and policy to  destabilize the situation in neighboring regions, Ayvazyan noted that  Ankara took a direct part in the war both in the form of  unconditional military- political support for Baku and in the form of  the transfer of foreign militants from the Middle East to the  conflict zone.

In the context of the conflict settlement, Ayvazyan reiterated that  the priority for Armenia remains the realization of the rights of the  people of Karabakh, including the full and fair realization of the  right to self- determination.

The sides mutually indicated the importance of resolving issues of  the peace process, exclusively within the framework of the OSCE Minsk  Group co-chairmanship.