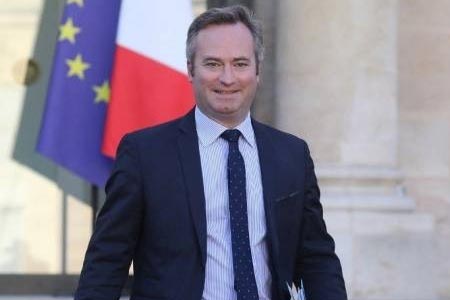 According to the source, Ayvazyan thanked Lemoine for the solidarity  shown to the Armenians of Artsakh, as well as for his visit to  Armenia during this difficult period for the country.

During the meeting, the Armenian Foreign Minister and the French  Secretary of State emphasized the need to take measures to overcome  the humanitarian crisis in Artsakh, create conditions for the return  of Artsakh Armenians to their homeland and protect their rights. In  this context, the RA Foreign Minister thanked the French government  and people for the support of the Artsakh Armenians at this difficult  moment.

Minister Ayvazyan pointed to Turkey's expansionist aspirations in the  South Caucasus, assessing them as a key factor in undermining  regional security and stability. In this context, both sides noted  the need to withdraw from the conflict zone foreign armed terrorists  deployed by Turkey to Artsakh from the point of view of international  and regional security.

Armenian Foreign Minister Ara Ayvazyan and French Secretary of State  Jean-Baptiste Lemoine exchanged views on the protection of the rights  and interests of the Armenians of Artsakh in the framework of the  OSCE Minsk Group co-chairmanship. In this context, Minister Ayvazyan  emphasized the importance of recognizing the right of the people of  Artsakh to self-determination as a necessary condition for building a  free, secure and dignified future in their historical homeland.