Head of Sotk community: Yesterday`s visit of representatives of the  Azerbaijani Armed Forces was related to demarcation work 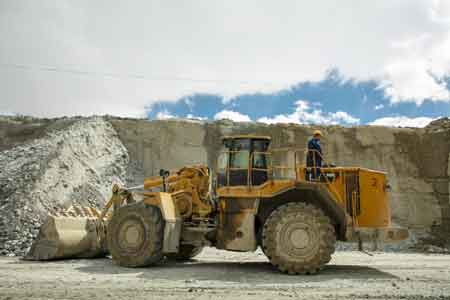 ArmInfo.By 4:00pm, part of the troops of Azerbaijani Armed Forces approached the territory of the Sotk field with the intention to resolve issues related to  demarcation. This was stated by head of the Sotk community Hakob  Avetyan.

''We were informed about this, and we immediately took action to  understand what the problem was. There was no aggression. Their visit  yesterday was related to the delimitation of territories, "he  explained.  The head of the community stressed that during the  negotiations the Armenian side was not passive, and the situation was  under control. In this regard, Avetyan noted that in order to create  panic, various kinds of information were circulated in the network,  which does not correspond to reality.  He said that the negotiation  process was delayed pending the results of clarifications between the  governments of Armenia and Azerbaijan. According to Avetyan, when new  borders and territorial delimitation are defined, then the Armed  Forces will be deployed from both sides in order to ensure security.  He noted that the Azerbaijanis did not enter the territory of  Armenia, and Karvachar is already a region controlled by Azerbaijan.

<Yes, of course, no one likes what is happening today, but at least  the situation now is stable. I conducted explanatory work with the  population and said that if there was a threat, I would be the first  to leave and take my family out. But, knowing our enemy, namely his  moral component, we are certainly not lucky.  Since there are no  guarantees. But, nevertheless, the situation that developed yesterday  shows that there are no reasons for panic. And the government is  specifically dealing with this issue,> he stressed.

It should be noted that earlier the media circulated information that  the Azerbaijani Armed Forces allegedly broke into the mine and  demanded that the employees leave the territory of the deposit. To  recall, yesterday the Deputy Chief of the General Staff of the  Republic of Armenia Tiran Khachatrian said during a briefing that  according to the trilateral agreement on the cessation of hostilities  in Nagorno-Karabakh on November 9, the Armenian Armed Forces were  withdrawn from the Karvachar region of the Republic of Artsakh on  November 25 in accordance with the schedule. He showed a map that  clearly demonstrated that the border between Armenia and Azerbaijan  runs almost in the middle of the Sotk mine territory.

Khachatryan also informed that the delimitation of borders is carried  out through the GPS system, and the Armenian side does not have  military positions located beyond the border line, previously  dividing the Armenian and Azerbaijani Soviet republics. He noted that  now the dividing line follows the coordinates that existed in Soviet  times, but he did not rule out that in the future some agreement  could be reached on certain areas and changes would be made.