Public figure: Mine under Pashinyan was laid by Kocharyan and  Sargsyan 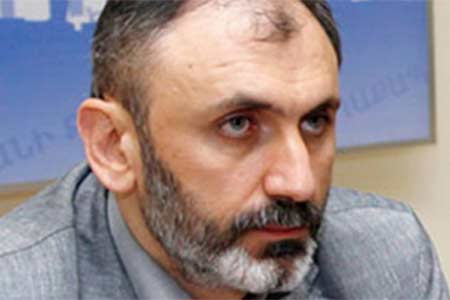 ArmInfo.Armenian Prime Minister Nikol Pashinyan is not the only culprit in the calamity of which we all fell victim. And I don't think it's fair to blame everything on  one person today. A similar opinion was expressed to ArmInfo  by the  Director of "Antares" publishing house, public figure Armen  Martirosyan.

This mine, called the unresolved Karabakh issue, according to  Maritrosyan, was planted under Pashinyan by the Dashnaktsakans and  republicans, personally by ex-presidents Robert Kocharian and Serzh  Sargsyan.  And, of course, with a strong desire, Pashinyan could not  sit on it. Especially well aware of the degree of its explosiveness.

"In my opinion, Nikol Pashinyan still could have avoided the war. At  the peak of his own legitimacy and popularity, for example, 10 days  after his own victory in the parliamentary elections, he could well  have made an appeal to the nation. He could well have disclosed the  situation, inform the society on the steps expected from Armenia,  substantiating their implementation as the only opportunity to  preserve peace.  Unfortunately, this was not done, "he said.

In this light, Martirosyan considers it necessary for the Armenian  society to realize today the futility of laying another mine under  the Armenian leader. Mines that are to be blown up in 20 years. The  detonator, the most dangerous part of this mine, he considers an  illiterate, rushing from one extreme to another, society. A society  that forced Artsrun Hovhannisyan, a representative of the Ministry of  Defense, to speak the texts that he spoke during the war.

"The government, no doubt, must look to the future. Work for the  future. But I do not think that this future should be created and  built only by the authorities. This is far from the case. Each of us  should take care of our own children. Each parent is obliged to  discuss with the child. his future profession. We must take children  to museums, theaters, bookstores. We must sow seeds, which are to  sprout in the form of the arrival of a qualitatively better future.  We simply have no alternative, "concluded Martirosyan.