Aznavour Foundation to send 35 tons of humanitarian aid to Armenia 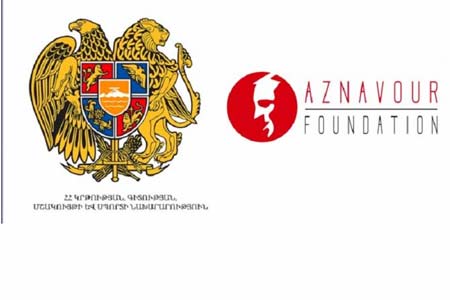 ArmInfo.The Aznavour Foundation jointly with partners from France and Switzerland  collected 35 tons of humanitarian aid for Armenia. This is stated in  the official statement of the Foundation.

According to the source, part of the cargo will be redirected on  November 27 on an aircraft leased by the French government, which  will be provided as part of the humanitarian aid announced by French  President Emmanuel Macron. Cristina Aznavour, Executive Director of  the Aznavour Foundation, will also leave for Armenia to streamline  the process of distribution of aid together with the Foundation's  team.

"Armenia has always occupied a special place in the heart of Charles  Aznavour. He became a symbol of the survivors of the earthquake in  Gyumri, always being with the Armenian people, both in the happiest  and saddest moments>, - said the co-founder of the Aznavour  Foundation, Chairman of the Board of Trustees Nicolas Aznavour.

It is reported that numerous organizations in France and Switzerland,  as well as about a hundred volunteers, took part in the collection of  this large-scale humanitarian aid.