An Azerbaijani officer died in a mine explosion in Mataghis, there  are injured from Artsakh and Russian sides 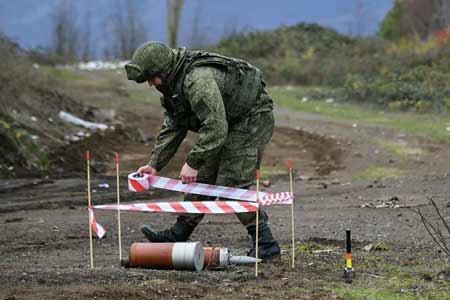 ArmInfo.The Russian peacekeeper and four employees of the Ministry of Emergency  Situations of Nagorno-Karabakh were injured as a result of a mine  explosion near the village of Madaghis. This is reported by the  Russian Ministry of Defense.

"The explosion occurred while searching for the bodies of those  killed in the Terter region. Currently, the Russian military has been  taken to a hospital in Baku, there is no threat to life," the Russian  Defense Ministry reports, RIA Novosti reports.

The Ministry of Defense also reported that one person-officer of the  Armed Forces of Azerbaijan died in a mine explosion.