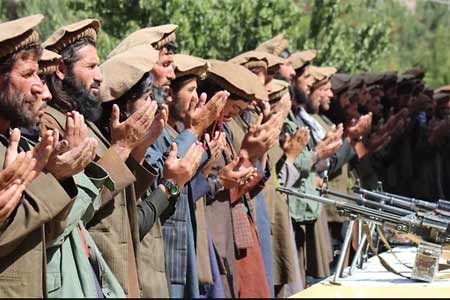 So, Snell, in her microblog on Twitter, stated that the Syrian  mercenaries sent to Azerbaijan to conduct hostilities in  Nagorno-Karabakh have not yet returned home, moreover, there are  rumors that new groups of militants will be deployed to the region.

In her words, the mercenaries intend to stay in Azerbaijan in the  long term, "to protect some points together with Turkish bases." "It  is possible that their presence is beneficial to Turkey. The  militants are under constant control. Most of them do not have access  to their phones," said an American journalist who actively covered  the dispatch of Turkish mercenaries and militants to the  Nagorno-Karabakh conflict zone during the war.

It is worth noting that Sky News Arabia reported today that Turkey,  which has transferred hundreds of mercenaries from the Middle East to  the Karabakh conflict zone, is now transferring their families there.   Earlier, the Syrian Observatory for Human Rights (SOHR) reported that  the Turkish intelligence service offered the leaders of the Sultan  Murad and Suleiman Shah terrorist groups to move to Azerbaijan.   According to the center, the number of mercenaries sent by Turkey to  Azerbaijan has reached 4,000 people