Gagik Tsarukyan: I will support the candidacy of the prime minister  acceptable to the people 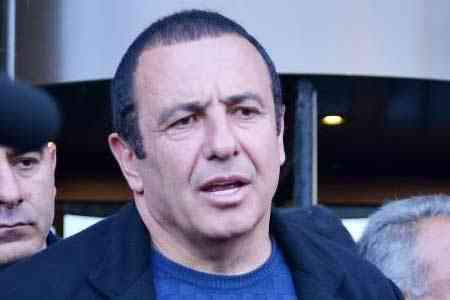 ArmInfo.  Leader of the  Prosperous Armenia Party Gagik Tsarukyan does not intend to take the  post of RA Prime Minister, Tsarukyan stated in an interview with  168.am.

"It is they who are fighting to stay in power, clinging to the post.  After the shameful defeat, surrender of territories and such a number  of victims, they still want to stay and present programs. Today we  are in a situation where we need to unite. I will be next to a  candidate acceptable to society and I will assist him, " Tsarukyan  said.

To clarify whether he wants to become prime minister himself,  Tsarukyan gave a negative answer.  At the same time, the head of the  PAP expressed his conviction that it would not be possible to solve  the problems faced by the country by replacing government members.   "We need not change people, but programs, we need the consent of our  guarantor of security, a friendly country," Tsarukyan said, adding  that for 2.5 years the country was led with the help of lies and  fakes.

Referring to the charges against him, the leader of the PAP said that  in 4 months 100 investigators interrogated 2,000 party activists,  heads of territorial offices, but so far they have not received a  single testimony they need. At the same time, he assured that his  persecution is political, it began after an interview with Channel  Five.

Referring to participation in opposition rallies, Tsarukyan said that  he could not participate in them for a very simple reason: half an  hour before they started, he was summoned for interrogation.

"They fear most of all that Tsarukyan may meet with the people. But  there is no need to be afraid of Tsarukyan. They should be afraid of  their policies, their shameful defeat and the parents of the dead and  missing soldiers, "the opposition leader concluded.