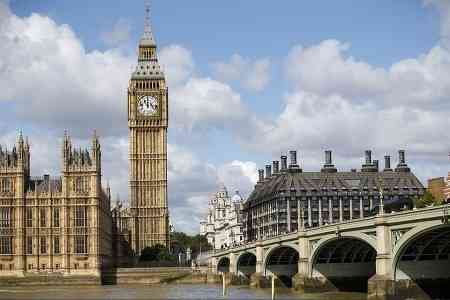 ArmInfo.The UK strongly condemns the ongoing shelling of civilian areas in the Karabakh conflict zone. This was stated by Neil Bush, UK permanent  representative to the OSCE Permanent Council.

The British diplomat recalled that the United Kingdom has welcomed  the latest humanitarian ceasefire and is deeply disappointed that it  is again not being respected.

"The constant reports of civilian casualties are a vivid reminder of  the impact of this conflict on innocent civilians. Our position is  clear on this issue. We offer condolences to those who have lost  loved ones. We call on both sides to respect the ceasefire and how it  is possible to return to the negotiating table as soon as possible,  recognizing the fact that the ongoing violence has a significant  impact on the civilian population, "- said the UK permanent  representative.

However, he urged the parties to the conflict to provide the ICRC  with immediate access, as it seeks to facilitate the return of  prisoners of war and the repatriation of the dead.

"The international community still makes it clear that there can be  no military solution to the situation in and around Nagorno-Karabakh.  We call on both sides to return to substantive negotiations under the  auspices of the OSCE Minsk Group co-chairs. The Minsk Group is the  main format within which a settlement be reached.

I would like to reaffirm the United Kingdom's support for the OSCE  Minsk Group Co-Chairs in their role in mediation in the negotiations  between Armenia and Azerbaijan, "Neil Bush concluded.