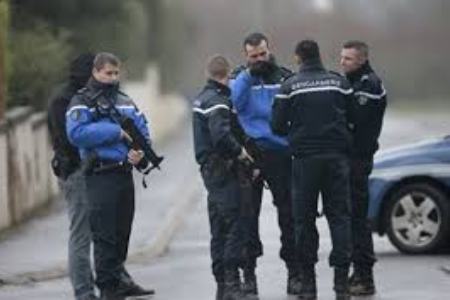 ArmInfo. French police used tear gas against members of the Turkish group "Gray Wolves", who went hunting for Armenians in the city of Dijon tonight.

Earlier, the "Hay Dat" office on Facebook reported that members of  the Turkish group "Gray Wolves" took to the streets of the French  city of Dijon on October 30, threatening violence against Armenians.  "After Vien and Desin, Erdogan's Gray Wolves took to the streets on  October 30, chanting, as always, calls for violence and hatred. They  are holding the flags of Turkey, the battle flags of the Ottoman  Empire and the attributes of the Gray Wolves. Fear should not exceed  the rule of law." - emphasized in "Hay Dat", adding that they expect  the reaction of the French Ministry of Internal Affairs to these  actions of the Turks.  Remind that on October 28, the Turks attacked  the Armenians with hammers and knives, who blocked the A7 highway in  order to attract the attention of the international community to the  Turkish-Azerbaijani aggression against Artsakh. Several members of  the Armenian community were seriously injured during this attack.

Actions were also held in Vienne, France, where the Turks again tried  to stage provocations against the Armenians. As a result, several  dozen Turks were detained by French law enforcement officers. They  were fined for participating in an unauthorized action.