Artsakh Ombudsman: As a result of rocket strikes from the Azerbaijani  Armed Forces, an employee of the State Emergency Service was killed,  several civilians were injured 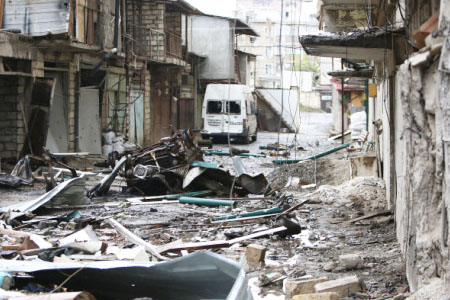 ArmInfo.Azerbaijan continues to carry out attacks on peaceful settlements of Artsakh,  including the capital - Stepanakert. Ombudsman of the republic Artak  Beglaryan wrote about this on his Facebook page.

According to him, as part of the fact-finding mission The  Commissioner for Human Rights of the Republic of Artsakh learned that  on October 29 two civilians were injured as a result of missile  attacks on the capital Stepanakert. A number of homes and cars, as  well as vital civilian infrastructure, were destroyed or damaged.

As a result of the missile strike on the city of Shushi, residential  parts of the city and civilian objects were damaged.

Two civilians were wounded in the village of Sgnakh in the Askeran  region as a result of attacks from Azerbaijan. The regional centers  Askeran, Martakert, Martuni and nearby settlements were also  subjected to shelling. There are no civilian casualties, but the  communities are strongly damaged.