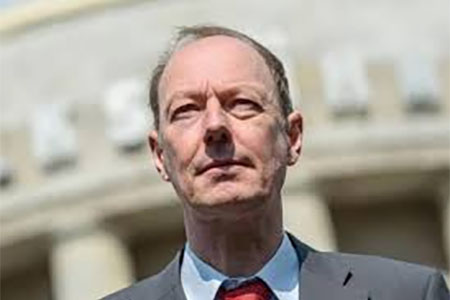 ArmInfo.<Illegal use of Turkish assassin  drone in Nagorno-Karabakh is documented, as in Syria, Iraq, Libya.  Without the active support of the German industry, the production of  these drones would have been impossible>. This was stated at a  meeting of the European Parliament from Germany by Martin Sonneborn.

According to the European MP, the events in Nagorno-Karabakh are a  more serious crisis than the coronavirus, when a democratic society  is attacked with cluster bombs. "This is what two insane people -  Bosphorus (Turkey - approx.) And Baku, do in Nagorno-Karabakh," he  noted.

<I would not like to spend a lot of time on Azerbaijan. It is a  shameful state, which is connected with European values only by its  oil pipeline. As the unofficial speaker of the non-party group, I say  that I personally recognize the independence of the Republic of  Artsakh>.