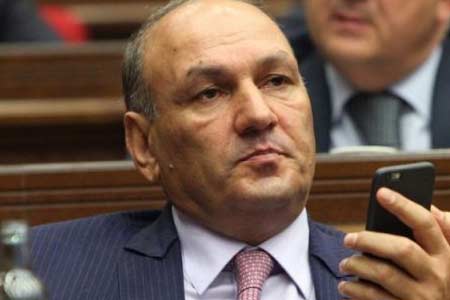 ArmInfo. Former Minister of Finance of Armenia Gagik Khachatryan has been released on bail. This is reported in a statement by Khacharyan's lawyers.

The statement, in particular, notes: "Taking into account the martial  law in Armenia and Artsakh, as well as the state of health of Gagik  Khachatryan, the court granted the defense's petition to release the  latter. As you know, Gagik Khachatryan needs medical assistance and  his detention may cause irreparable harm to the health of our client.

Taking into account the martial law regime, as well as the risks of  misinterpretation by the enemy and the threat to the international  image of Armenia, the Khachatrian's defenders will refrain from  additional comments at the request of the ward. "

The amount of the deposit was not reported.