Andranik Kocharyan: We need to understand what Aliyev really wants,  actually handing over power in Azerbaijan to the President of Turkey 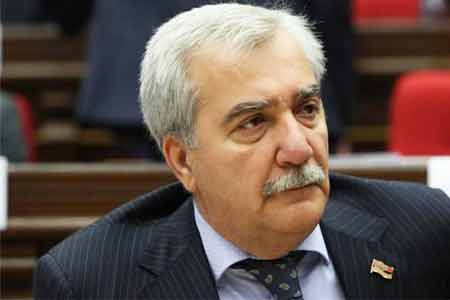 ArmInfo. We are currently maintaining our security system at the cost of heavy fighting. We will show our will and defend it in the negotiations, based  on the successes and heroic deeds that our people are committing.

This was stated by head of the parliamentary committee on defense and  security Andranik Kocharyan, recalling that tomorrow in Geneva, a  meeting will take place between the Foreign Ministers of Armenia and  Azerbaijan Zohrab Mnatsakanyan and Jeyhun Bayramov, consultations  should be held.

Speaking about the statement of Azerbaijani President Ilham Aliyev  that he is ready to start negotiations with Prime Minister of Armenia  without preconditions, Kocharyan noted that weone should prepare well  for them and understand what Aliyev really wants. , Kocharyan concluded.