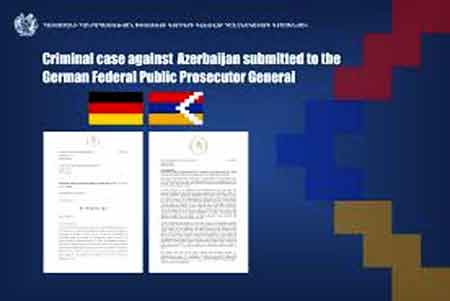 According to the source: <The statement included claims about  Azerbaijan's attack of peaceful civilians, the physical torture and  intimidation of Armenian prisoners of war, the use of internationally  banned cluster munitions, and the shelling of civilian infrastructure  including homes, buildings, hospitals, kindergartens, schools,  cultural centers, and churches, as well as the bombing of  communication roads and bridges. It should be noted that the German  International Criminal Code allows for the prosecution of serious  Crimes against International Law, such as genocide, crimes against  humanity and war crimes.>