Armenian Defense Ministry urged to introduce clear parameters to  maintain the ceasefire and begin the exchange of prisoners of war and  bodies. 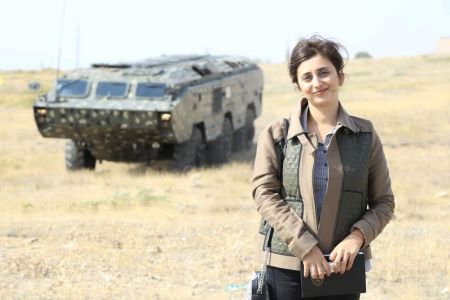 ArmInfo.The Armenian Defense Ministry officially declares once again that the Armenian side strictly adheres to the humanitarian ceasefire, established from  08:00.  The press secretary of the RA Defense Ministry Shushan  Stepanyan announced this on her Facebook page.  At the same time, she  stressed that the statements of the Azerbaijani side that the  Armenian side allegedly violated the ceasefire established for  humanitarian purposes do not correspond to reality and are clearly  provocative.

"In this regard, the Armenian Defense Ministry attaches importance to  the early implementation of clear parameters to maintain the  ceasefire and to begin, through the mediation of the International  Committee of the Red Cross, the exchange of prisoners of war and  other detainees, as well as the bodies of the dead," Stepanyan said.

Earlier, Armenian Prime Minister Nikol Pashinyan wrote on his  Facebook page that the Armenian side will observe the ceasefire. "As  agreed yesterday in Washington with the mediation of the United  States, the Armenian side will observe the full ceasefire from 8:00,"  the head of the Armenian government said.  Artsakh President Arayik  Harutyunyan also stated that Karabakh is ready for a humanitarian  truce. "I welcome the agreement reached with the mediation of the  United States of America and with the participation of the OSCE Minsk  Group co-chairs, which reaffirms the parties' commitments to  implement the humanitarian ceasefire, which was agreed on October 10  and 17 at the initiative of the Presidents of the Russian Federation  and the French Republic. The Republic of Artsakh, as a party to the  Azerbaijan- Karabakh conflict, confirms its readiness to comply on a  reciprocal basis with the conditions of a humanitarian ceasefire,  which will enter into force on October 26, 2020 at 08:00, "Karabakh  President Arayik Harutyunyan said on his Facebook page.