Diplomatic scandal between Turkey and France is gaining new momentum 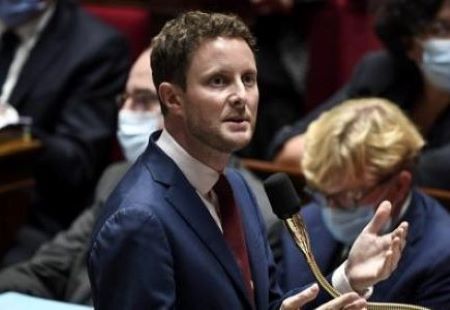 ArmInfo. The diplomatic scandal between Turkey and France is gaining a new turn.

Thus, the Secretary of State for European Affairs at the French  Foreign Ministry, Clement Bon, in an interview with Radio GI, said  that Turkey and a number of other countries should refrain from  policies that contribute to the aggravation of the armed conflict in  Nagorno-Karabakh.

"France seeks to achieve an end to hostilities and achieve  reconciliation in Nagorno-Karabakh. Together with Russia and the  United States, she is the co-chair of the Minsk Group, which managed  to achieve a suspension of hostilities. Now it is necessary to ensure  that negotiations between the parties begin, as well as that some  influential countries, in particular Turkey, stop adding fuel to the  fire of the Karabakh conflict, as it is currently happening, "the  Foreign Ministry spokesman said, TASS reports. The announcement came  amid the outbreak of a scandal between Ankara and Paris, after  Turkish leader Recep Tayyip Erdogan advised his French counterpart  Macron to "undergo a psychological examination." This statement by  Erdogan led to the fact that Paris recalled the French ambassador  from Ankara for consultations, and the EU called on the Turkish  president to "stop unwinding the dangerous spiral of confrontation."  However, this did not stop Erdogan and he reiterated today that it  would be good for French President Emmanuel Macron to undergo a  psychiatric examination. According to the Turkish leader, "Macron is  obsessed day and night with thoughts of Erdogan, so he really needs  to undergo a psychiatric examination." It is also worth noting that  against this background, French MP Valerie Boyer demanded drastic  measures in connection with repeated insults to President Emmanuel  Macron by Turkish leader Recep Erdogan. In particular, she proposes  to recall the ambassador, exclude Turkey from NATO, suspend  negotiations on accession to the EU and introduce economic sanctions  against Ankara.