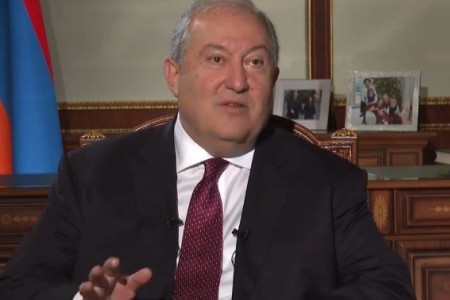 "... There is a third party that supports Azerbaijan both  diplomatically and in a serious military way, participates in  actions, brings Islamist terrorists to the region. And,  unfortunately, the third party is a NATO member. Unfortunately, I  could not help but mention this here: the third party is Turkey,  "Sarkissian said on Wednesday at a press conference following a  meeting in Brussels with the NATO Secretary General.  According to  Sarkissian, a peaceful settlement in Karabakh is possible if Ankara  stops interfering in the conflict. "If a NATO member Turkey ceased to  be a part, a party to the conflict and made its contribution to the  ceasefire, would understand that a peaceful solution is needed, then  we would be able to observe the ceasefire, after which we would sit  down at the negotiating table and find a peaceful solution,"  he  added.