Expert: Ankara`s interest in Azerbaijani aggression against Artsakh  is determined by geopolitics 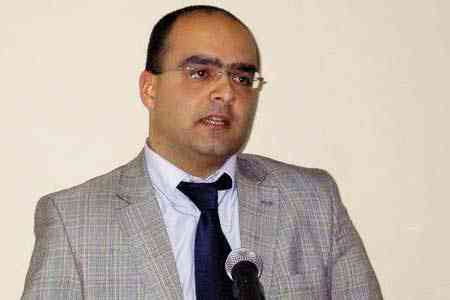 ArmInfo.Considering that the Russian military presence in Armenia significantly limits the ambitions of Recep Erdogan, Turkey today seeks to level the role and  importance of Russia in Armenia. Vahe Davtyan, Doctor of Political  Sciences, expressed this opinion to ArmInfo.

"Along with the consistent build-up of Turkish influence in Georgia,  this is part of Ankara's strategy to oust Russia beyond the Caucasus  ridge. And the beginning of this strategy, apparently, was laid as a  result of the referendum on the annexation of Crimea to Russia in  2014. It was Crimea that prompted Turkey to a radical revision of the  existing strategy at that time, to the search for new ways to  strengthen their positions in the Black Sea basin, "he stressed.

Thus, the expert considers Turkish support for Azerbaijani aggression  against Artsakh and Armenia as part of Ankara's policy towards  Moscow, transformed after Crimea. In this sense, Artsakh, according  to his estimates, is a continuation of Crimea, because by provoking a  war in Artsakh, Turkey creates an opportunity to oust Russia from the  South Caucasus.

According to Davtyan, the importance of the South Caucasus in  ensuring and further diversifying communications between the Caspian  and Black Seas, between Turkey and Central Asia is indisputable.  The  expert examines the reasons for Ankara's interest in the success of  the Azerbaijani aggression against the Armenian people in this  particular geopolitical context.

"The signing in Ankara by the President of Ukraine and Erdogan of an  agreement on military cooperation in the conditions of the war in  Artsakh is far from accidental. It is also no coincidence that  Zelensky voiced the hope that Turkey will play a role in resolving  the Crimean issue. historical criteria, and mainly business  interests. Meanwhile, how the preservation of influence exclusively  through trade and economic relations has long given way to a  conditional, but very real, clash of civilizations, "concluded  Davtyan.