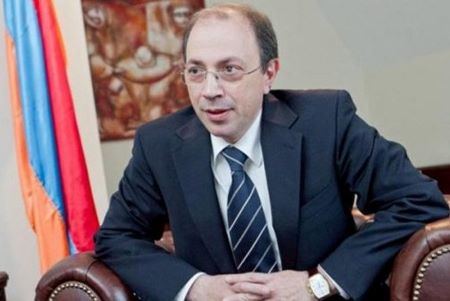 ArmInfo. By the decision of Prime Minister of Armenia Nikol Pashinyan, Ara Ayvazyan was appointed Deputy Minister of Foreign Affairs of the Republic of Armenia. This was reported by the Armenian media.

To note, Ara Ayvazyan is a career diplomat. The main focus of  Ayvazyan's diplomatic work in recent years has been the countries of  Latin America. Since March 2017, Ayvazyan has been the Armenian  Ambassador to Mexico, Costa Rica, Brazil and Cuba. Prior to that,  Ayvazyan specialized in the Baltic countries, being the Ambassador to  Lithuania, Latvia and Estonia.

The RA Foreign Ministry has not yet disseminated this information.  Whom Ayvazyan will replace is not yet known.