Azerbaijan has apologized to Iran for accidental hit of shells on its  territory. Analysts believe this is no accident 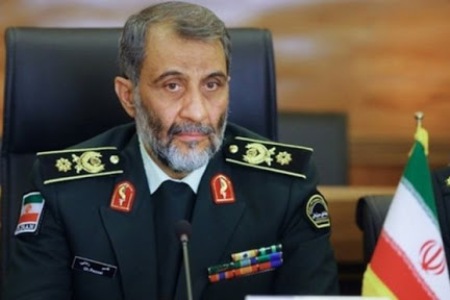 ArmInfo. Representatives of the Azerbaijani side  apologized for the accidental hit of shells on the territory of Iran.  Iran's Deputy Police Chief   Qasem Rezaee  announced this on  Wednesday, TASS reports.

"We held a meeting on the border area with representatives of the  Azerbaijani side <...>, and they apologized," he said, pointing to "a  number of shells and missiles that hit the territory of Iran."  Rezaee's words are quoted by Tasnim agency.

He added that "the Iranian border guards, in accordance with their  powers, warned Armenia and Azerbaijan after accidental hits of  rockets and shells on the territory of Iran." "These countries have  also admitted their mistake," Rezaee  said.

On Monday, the Tasnim agency reported that several shells fired  during the clashes in Nagorno-Karabakh fell on the territory of Iran.  According to the agency, the shells fell near the village of Khoda  Afarin, located in the border region in northern Iran, as a result of  which a six-year-old child was injured. Several houses and farmland  were also damaged.

Meanwhile, Armenian military observers believe that these  "accidental" shelling of Iranian territory may not be entirely  accidental. Apparently, being unable to break through the southern  borders of the Karabakh front, Baku hopes to bypass it from Iran.

"This is a kind of trial balloons in the form of shells, so the  Armenian Defense Ministry called on Iran to prevent the Azerbaijani  army from crossing the border at the Araks River," Armenian Defense  Ministry said.

As RA Defense Ministry spokesman Artsrun Hovhannisyan said today, the  Azerbaijani Armed Forces often try to use the border flowing along  the Araks. It is not excluded that as a result of hostilities,  Azerbaijani units, having no alternative, retreating, flee to Iranian  territory. The MoD called on the Iranian side to " monitor these  actions and prevent them from crossing the river."