Biden spoke against Turkey`s intervention in the Nagorno-Karabakh  conflict 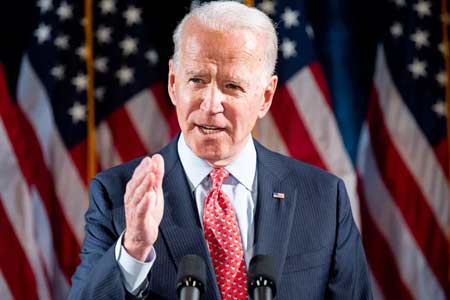 ArmInfo.The administration of US President Donald Trump should demand from Turkey not to intervene in the conflict between Armenia and Azerbaijan in  Nagorno-Karabakh,  US presidential candidate from the Democratic  Party Joe Biden said on his Twitter page,  "Vedomosti" newspaper  reports.

"With casualties rapidly mounting in and around Nagorno-Karabakh, the  Trump Administration needs to call the leaders of Armenia and  Azerbaijan immediately to de-escalate the situation. It must also  demand others - like Turkey - stay out of this conflict," Biden  wrote.

Yesterday, September 28, the US Embassy in Baku reported that US  Deputy Secretary of State Stephen Biegun Bayramov to stop the  hostilities. The statement of the American side also noted that the  participation of other parties in the escalation of the conflict is  useless and could aggravate tensions in the region.