Anush Begloyan: Turkey should be excluded from from the OSCE Minsk  Group for the peaceful settlement of the conflict 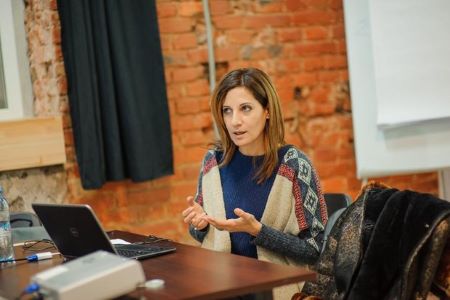 ArmInfo. Turkey, which actively supports the military aggression of Azerbaijan against the people of Artsakh, should be excluded from the OSCE Minsk Group which  regulating the process of peaceful settlement of the Nagorno-Karabakh  conflict. Anush Begloyan, a MP from the "My Step" faction, a member  of the parliamentary Committee on Foreign Relatons, expressed this  opinion in an interview with ArmInfo correspondent.

According to her, the regime in Azerbaijan is losing its legitimacy  and is trying to compensate for this loss in foreign policy by  seriously adjusting its vector and finally joining the aggressive and  dangerous foreign policy ambitions of Turkey.

In this context, Begloyan called not accidental that part of the  statement of the US State Department, which, in fact, contains a  warning to a third country that is involved in the conflict. "This is  most likely a warning from Erdogan's Turkey, which, as it seams to  them, since July this year has been very actively trying to  participate in all regional processes as a pivotal state in the large  Middle East Mediterranean region. And Baku hopes to become Ankara's  geostrategic partner, gaining puppet status.

Commenting on the statement of the US Senator Robert Menendez, who  condemned the aggression of Azerbaijan and considered that this  military action was sponsored by Turkey, Begloyan noted that although  the senator was one of the first to voice this circumstance, in fact,  it was not a secret for anyone - what exactly Ankara inspired Baku  for a military adventure. Turkish mercenaries from Syria have been  deployed to Baku, and the supply of weapons is active.

According to Begloyan, the leadership of Armenia and Artsakh has  repeatedly raised this issue, citing numerous proofs. It was  precisely the lack of a proper and timely response from the world  community that gave the aggressors a reason to decide on an  adventure.

For many years, the Aliyev regime created the image of an enemy in  the face of the Armenians, thereby maintaining its legitimacy,  becoming a victim of its own propaganda as a result. Aliyev is now  trying to "keep his word" in a way available to him, which seems to  Aliyev to be effective, that is, to destroy the population of  Nagorno-Karabakh. "Aliyev lives in a fictional world that does not  correspond to reality or the ideas of the international community,  thereby trying to retain power in all possible ways," the MP said.