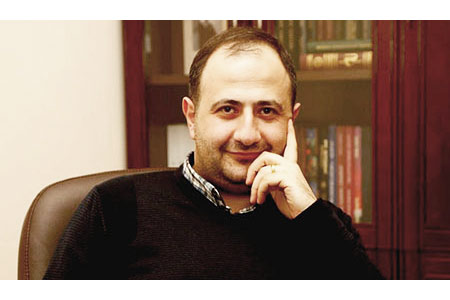 ArmInfo.Considering that in the recent period Recep Erdogan has by no means limited himself to speeches in his foreign policy, concrete actions may well follow his  statements to Armenia. Ruben Melkonyan, Dean of the Faculty of  Oriental Studies of YSU, expressed a similar opinion to ArmInfo.

In his speech at the UN, Erdogan actually demanded from the  international community an immediate solution to the Karabakh problem  within the framework of the territorial integrity of Azerbaijan. He  also accused Armenia of hindering the establishment of peace and  stability in the South Caucasus. Erdogan has voiced similar  accusations against Armenia in the period following Azerbaijan's July  aggression in the Tavush direction of the border with Armenia.

"We need to draw quick and serious conclusions from these statements.  Erdogan's statements of the last period have become a kind of  indicator of future Turkish steps and course of action. There is a  tendency for the rapid transformation of words into deeds. We see all  this on the example of Turkey's behavior in the Eastern  Mediterranean, in relations with Greece. and Cyprus, Syria and Libya.  The statements were followed by specific provocative steps, including  the deployment of troops, "he stressed.

The orientalist considers the South Caucasus as one of the targets of  such an aggressive Turkish policy.  And Ankara's priority target in  the South Caucasus is Armenia. And in this light, one should consider  Erdogan's behavior as an indicator of very serious and dangerous  impulses for Armenia.

The expert examines the same Armenian part of the speech of the  Turkish president from the UN rostrum in the context of the desire to  give Azerbaijan's demands a Turkish weight, and, moreover,  demonstrates the involvement of Ankara and Baku in the anti-Armenian  cooperation more and more spheres.

The expert examines this behavior of Turkey towards Armenia through  the prism of the latest changes in Turkish policy in general. The  changes only added to her aggressiveness in all directions. The  essence of these changes, according to the orientalist, consists in  Turkey's attempts to penetrate into a wide variety of conflicts by  giving them an atmosphere of greater aggressiveness with the future  prospect of obtaining certain dividends.

"Based on the examples of Syria, Libya, and now the Eastern  Mediterranean, we see that Turkey manages to achieve a certain degree  of involvement in regional conflicts precisely thanks to such a  policy. In this light, the Armenian response to Erdogan's  anti-Armenian statements should have followed much earlier and The  deepening cooperation of the efforts of Ankara and Baku affects not  only Armenia. Their aggressive positions are identical in almost all  conflict situations in the region. All this contains great threats,  given that Turkey sees the solution of any conflicts within its own  destructive, genocidal instruments " , - summed up Melkonyan.