Expert: Mnatsakanyan`s Egyptian voyage is part of Armenia`s maneuver  to dictate its positions 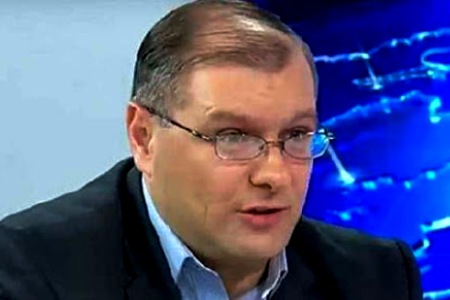 ArmInfo.. The visit of RA Foreign Minister to Egypt, undoubtedly, had a regional significance, first of all, given the importance of Egypt, in the Arab world and as  well as in the Middle East and North Africa. Karen Veranyan an expert  of the ORBELI Analytical- Research Center, expressed a similar  opinion to ArmInfo, commenting on the visit of Armenia's Foreign  Minister Zohrab Mnatsakanyan to Egypt on September 12 to Sep.15.

"Cairo today plays a very important role in the anti-terrorist  struggle at the regional level and in ensuring regional stability and  security. In particular, Egypt is seriously involved in the process  of containing and countering Turkey's efforts to violate this very  stability," he stressed.

Noting the recent statement of the Egyptian leadership about its  readiness to create an anti-Turkish coalition, Veranyan noted that  Armenia should not remain indifferent to the events in the Middle  East and the regions bordering with it. First of all, taking into  account their impact, including on the security of Armenia.

"The fact is that the successful containment of Turkey in the Middle  East will substantially neutralize possible threats from Ankara and  in the direction of the South Caucasus. In this light, Armenia should  act as the one that dictates its position in the region.And this  applies not only to our foreign policy vector, but also to the defense strategy of Armenia, "the expert is convinced.

In general, Veranyan assesses such a maximalist mission of Armenia as  fully proceeding from the principle of the Armenian foreign policy to  ensure regional stability and security. In this light, the visit of  the Armenian Minister to Cairo looked quite significant. Moreover, it  is a good opportunity to make the process of implementing the agenda  formed between Yerevan and Cairo more effective.

To note, ArmInfo political analysts have observed a noticeable  strengthening of the Middle East vector of Armenian foreign policy in  general over the past 2 years. And this is against the background of  the long- ripening need for a qualitative breakthrough in relations  with Egypt. In this light, the Egyptian voyage of the Armenian  Minister promises to be an important milestone in the further  development of cooperation with one of the key countries of the Arab  world.

Further strengthening of relations with Egypt is an extremely  demanded and urgent idea for Armenia, once again against the  background of the Middle East situation and the situation in the  Eastern Mediterranean.  Egypt today is consistently forming an  anti-Turkish alliance in the Eastern Mediterranean, trying, together  with Greece and Cyprus, to discourage Turkey's appetite for the  territorial maritime belt of its neighbors.  The quite noticeable  Turkish appetites in the Caucasian direction, in particular, Ankara's  desire to increase its own role in the Karabakh settlement, add  urgency and the need for capitalization to the union of Armenia with  Egypt.