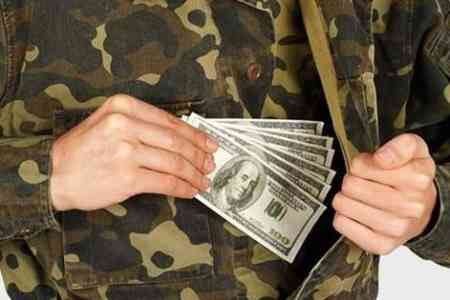 The reason for the payments remains unclear, the Israeli newspaper  Haaretz reports, citing a report from the Shomrim Center for Media  and Democracy. The story surfaced after thousands of bank documents  were leaked into the hands of an international consortium of  investigative journalists.

The investigation reveals that the remittances began shortly after  IAI entered into one of the largest arms deals in its history, worth  $ 1.6 billion, with Azerbaijan. According to Israeli and  international media reports, the deal included the sale of unmanned  aerial vehicles and missile defense systems.

These payments figure in more than a dozen reports from Deutsche  Bank; and were submitted to the Financial Crimes Unit of the US  Treasury Department.  The report highlights that the person or  company named in the document has done something illegal. These  transactions may have been part of a legitimate business activity,  but raised the suspicion of the financial institution.

In early February 2012, Israeli and international media reported the  signing of a large contract between an Israeli company and the  Azerbaijani government, the details of which remained largely closed  to the public.

Israel buys oil from Azerbaijan, and Azerbaijanis buy weapons and  agricultural machinery from Israel. The Israeli government attaches  great strategic importance to Azerbaijan due to its long border with  Iran. The human rights violations that occur in Azerbaijan are not an  obstacle to establishing ties, the newspaper said.