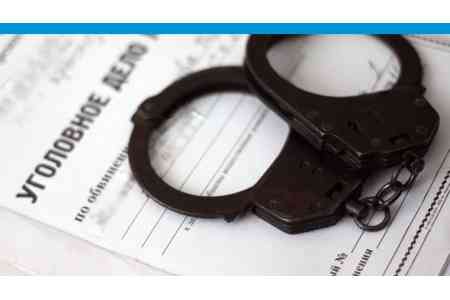 ArmInfo.The Investigative Committee of Armenia revealed cases of abuse on an especially large scale in the Hematological Center named after Professor R.O. Yeolyan.  This was reported by the press service of the IC.

According to the source, on the basis of the data received, the  former director of the center, who held this position from 2001 to  2018, exceeded his official powers and appropriated 50% of the  bounuses from employees of the laboratory of immunohematology, and  the departments of serology and pediatrics. The sum appropriated by  the former director was 26,514,391 drams.

The former director of the Hematological Center named after Professor  R.O. Yeolyan was charged under article 179 (Misappropriation or  embezzlement - Ed.) of the RA Criminal Code. The preliminary  investigation continues. During the preliminary investigation, the  damage caused by the latter was restored.

It should be noted that Smbat Dagbashyan was the director of the  Hematological Center in 2001-2018.