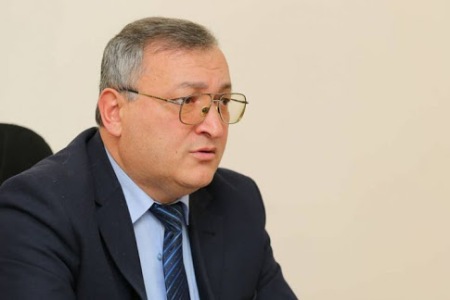 As reported by the press service of the Artsakh National Assembly,  issues of cooperation were discussed during the meeting. Artur  Tovmasyan highly appreciated the work done by the Security Council,  noting the parliamentary activities of the United Homeland party. He  stressed that thanks to cooperation, joint work, it will be possible  to solve many issues on the agenda.

Samvel Babayan, in turn, pointing out the need for joint work with  the Parliament, noted that any program implemented in the country  should be carried out within the framework of the law in the  interests of the people and have a tendency to significantly improve  the living standards of the population.