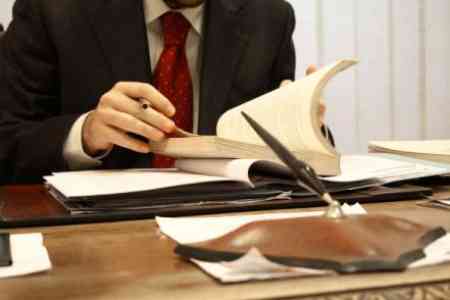 ArmInfo. The team of lawyers of  third President of Armenia Serzh Sargsyan responded to the message of  the Special Investigation Service.  In its statement, the defense  side, in particular, called the speculations in the name of Serzh  Sargsyan inappropriate, urging the SIS to remain within the framework  of providing the public with clear, and not manipulative information.

To note, earlier the SIS provided details regarding the arrest of  ex-mayor of Yerevan,  former head of the Commission on Regulation of  Public Services Robert Nazaryan, who is suspected of committing an  act stipulated by part 2 of Article 308 of the RA Criminal Code.  Thus, Nazaryan, under the pretext of encouraging the development of  hydropower in the RA, on September 16, 2011 received a government  decision "On the proposal to establish maximum capacity for small  hydropower plants", in fact, made with the aim of establishing  benefits for Dzoraget Hydro LLC, owned by  son-in-law of ex-President  of the RA Serzh Sargsyan  Mikael Minasyan. Nazaryan, without proper  expert research and analysis of the proposed changes, ignoring the  water resources available in the RA and, as a result, the statistics  of the construction of hydroelectric power plants, through the  competent department of the Commission, developed a draft  corresponding decision. As a result, "Dzoraget Hydro" was registered  in the list of small hydropower plants, taking advantage of the  opportunity to sell electricity at higher and more stable tariffs,  and as a result received 7,052,065,099 drams from individuals and  legal entities that consume electricity in Armenia.

To recall, in the criminal case concerning the Dzoraget hydroelectric  power plant ("Dzora HPP"), the accused is former head of the RA  Defense Ministry Seyran Ohanyan, who is suspected of embezzling  property in the amount of 1,046,400,000 AMD. Last fall, RA Prime  Minister Nikol Pashinyan called on Mikael Minasyan to return to his  homeland and answer questions from the Special Investigation Service.  In particular, it was about the illegal, as the Prime Minister noted,  privatization of a strategic facility in Lori region, according to  media reports, this facility is the Dzoraget hydroelectric power  station.