Tashir Foundation will support the Armenians of Beirut and will  contribute to the restoration of the Church of St. Gevorg 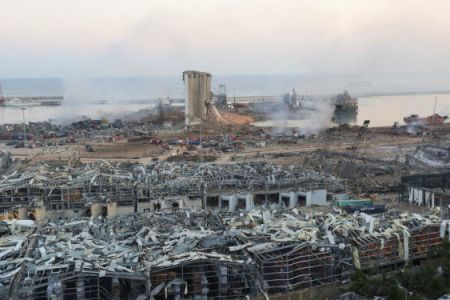 ArmInfo.  At the initiative of  Samvel Karapetyan, the Tashir charitable foundation will allocate $  200,000 for the restoration of the Armenian Church of St. Gevorg in  Beirut, which suffered from the explosion on August 4. Targeted  assistance will also be provided to the families of the killed  Armenians, who will be allocated $ 10,000 each.

"We express our deepest condolences and words of support to all those  affected by this tragic incident in Beirut. We deeply mourn the  victims and wish a speedy recovery to those affected by this terrible  tragedy, "the Foundation said in a statement.

To note, a powerful explosion occurred on Tuesday evening in the port  of Beirut. As reported later in the security structures of Lebanon,  ammonium nitrate detonated from a contraband cargo confiscated from  one of the ships several years ago. All these years, explosives have  been stored in a warehouse in the port, awaiting their destruction.  Ammonium nitrate is used as a component of explosives and as nitrogen  fertilizer.

The explosion killed at least 78 people and injured over 4,000. The  blast wave destroyed and damaged dozens of houses, cars, glass were  broken in many quarters of the capital. At the scene, the debris is  being dismantled and the search for survivors and the dead continues.  The country has declared four days of mourning.