The Spitak Shorja recreation area, which appeared in focus of media,  will be dismantled 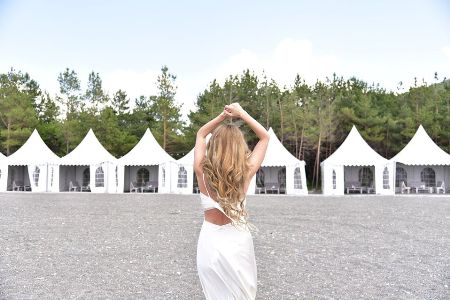 According to the press service of the ministry, during the meeting,  issues related to the activities of the national park were discussed.  It was noted that by order of the minister, the activities of the  Sevan recreation zone "Spitak Shorja" (White Shorja) will be  suspended and illegal pavilions and entertainment infrastructures  will be dismantled as soon as possible. This recreation area has  recently been widely covered by the media, as well as mentioned and  associated with certain political circles.

According to the minister, they are taking this step, since the  economic entity does not have any legal status in relation to this  territory. Khloyan will notify an economic entity as soon as possible  about the suspension of activities and dismantling of buildings and  infrastructure.

The Minister guarantees that from now on these and similar  territories will be provided to economic entities exclusively in a  competitive manner and in accordance with current legislation and  strict adherence to procedures.  To recall, photos from a party in  Spitak Shorja appeared in the network,  in which the participants did  not wear a mask. Among them was the lawmaker from <My Step> Hayk  Sargsyan, who subsequently apologized for what happened.

Rumors were spread in the media that Spitak Shorja belonged to  Sargsyan, but these allegations were denied by him. Previously, the  activities of this recreation area were suspended by the decision of  the commandant for 14 days in connection with the identified  violations of safety rules.