Acting Minister: Fishing for 200 tons of Sevan whitefish will be  allowed until October 1 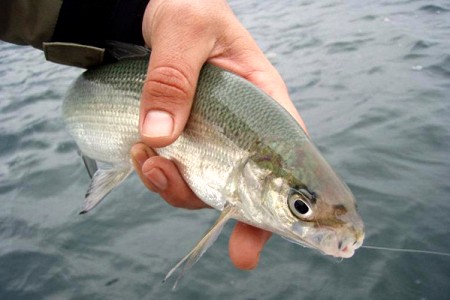 ArmInfo.Until October 1 of this year, fishing for 200 tons of whitefish will be allowed from Lake Sevan. On July 29 the acting Minister of Nature Protection of the  Republic of Armenia Vahe Jilavyan informed the journalists about it.

Jivalyan recalled that this year a government decision was made to  allow commercial fishing for Sevan whitefish. He informed that about  150 applications were received, and the corresponding contracts will  be signed today. The issued permit will be valid until October 1,  2020, however, the acting minister did not rule out the possibility  that new permits could subsequently be issued. In order to control  the fishing, 17 points will operate, from where fishermen will be  allowed to go into the lake, and the fish caught will be weighed,  after which the data obtained will be recorded in the documentation.

To add, earlier environmentalists criticized the permit for fishing  whitefish, expressing fear that this would undermine its stocks in  the absence of strict control. It was pointed out that since 2005,  whitefish fishing has been banned, however, despite this, whitefish  were openly sold in the markets in boxes. The same situation was  observed during the spawning period, when increased control from the  environmental inspectorate and the police should have been in place,  but whitefish and its caviar were still available for sale.

According to the National Academy of Sciences, the stocks of  whitefish in Lake Sevan are 2268 tons, of which 667 tons are of  industrial importance. To control the fishing of whitefish, it is  planned to place 17 stations on the coast, which will provide  appropriate boats and other floating equipment. The inspector will  control the time the boat leaves the lake, its return, the amount of  fish caught. These data will be periodically submitted to the  Ministry of the Nature Protection. For fishing 1 kg of whitefish, an  environmental payment is established in the amount of 65 AMD. In  November - December, fishing will be strictly prohibited in order to  reproduce fish.