Expert: Aliyev provocations - another proof of the insufficiency of  the Artsakh security zone 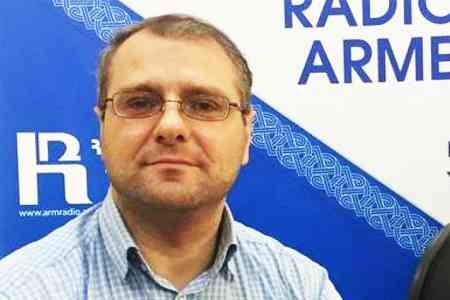 ArmInfo. The provocative actions of Ilham Aliyev once again confirm the view that the Artsakh security zone is no longer enough. A similar opinion was expressed to ArmInfo by the expert of the Orbeli center Karen Veranyan.

According to Veranyan, it is rather a matter of hostilities according  to the positional scenario. He is convinced that Ilham Aliyev does  not have confidence in the successful completion of large-scale  hostilities. The latter is more concerned about the ripening social  discontent of the population, due to the coronavirus pandemic and  lack of water resources. According to expert estimates, the  uncertainty surrounding coronavirus prospects is quite capable of  complicating the implementation of Aliyev's main task of maintaining  power.

Moreover, according to his estimates, having military equipment and  weapons worth billions of dollars, the Armed Forces of Azerbaijan  today are virtually incapable of solving the combat mission assigned  to them even at a positional level. On the other hand, Aliev's  adventurous inclinations curb the Armenian Armed Forces with their  clear, flawless actions. As a result, he can only give out to his own  people misinformation and lies.

, the expert summed up.

On July 12, Azerbaijani servicemen attempted to violate the state  border with Armenia in an UAZ car.  After a warning from the Armenian  side, they left UAZ and freely returned to their positions. An hour  later, artillery fire was opened from Azerbaijan and an attempt was  made to seize the Armenian stronghold. In response, Azerbaijani  troops were thrown back from their positions, having suffered  casualties. To date, the Azerbaijani Armed Forces have lost 11  people, the number of injured is not reported. Enemy equipment was  destroyed, more than a dozen drones were shot down, the combat  positions of the Azerbaijani armed forces were taken.