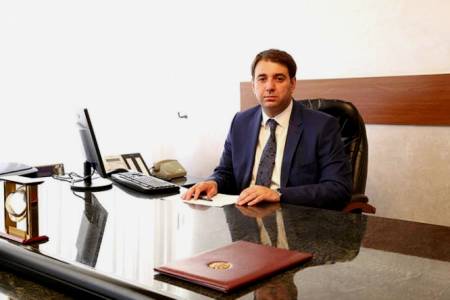 ArmInfo. The parliament of  Armenia at an extraordinary meeting on July 8 re-elected Karen  Sedrakyan as a member of the State Commission for the Protection of  Economic Competition (SCPEC). A year earlier, he was elected a member  of the SCPEC with a term of office of one year.

As Vahagn Hovakimyan, Chairman of the National Assembly's Counting  Commission, noted in his speech, 86 deputies of the parliament took  part in the secret ballot, of which 80 voted in favor of Sedrakyan, 8  against.

It should be noted that Karen Sedrakyan was born in 1982 in Yerevan.  In 2004 he graduated from the Economic University of Armenia, after  which he completed postgraduate studies and defended his thesis,  receiving a Ph.D. in economics. He worked in the structures of the  Ministry of Finance, after which he worked in the administration of  the Arabkirr administrative region of Yerevan, last year he worked as  an adviser to the general director of Electric Networks of Armenia  CJSC.