Malashenko: Moscow`s silence is due to past experience 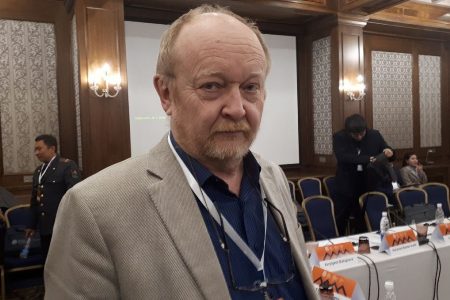 ArmInfo. The opinion about the exceptional importance of Armenia, the domestic political situation in Armenia and the Armenian-Russian relations for Russia is somewhat erroneous. A similar opinion was expressed by ArmInfo, a member of  the expert council of the Carnegie Moscow Center, head of research at  the Dialogue of Civilizations Institute, Alexei Malashenko.

"In  Armenia, and in many other countries of the post-Soviet space, there  are exaggerated-hyped, erroneous stereotypes, considering ourselves  as a priority of Russian foreign policy. At least at the current  stage, things are somewhat different in Russia. We are having great  difficulty and through the expenditure of huge resources we are  overcoming the coronavirus, preparing for constitutional reforms,  domestic political transformations. We are trying to overcome the  energy crisis, establish relations with the West, etc., etc., "he  said.

According to the Russian expert, Russia has no "burning" threats in  the post-Soviet space today. There are only a number of problems,  including the Karabakh one, which Moscow deals with in its usual,  stable mode. Noting that Moscow, of course, monitors domestic  political events in Armenia, Malashenko emphasized the deliberate  lack of any reaction to them.

"In all likelihood, our leadership has its own clear opinion about  what is happening in Armenia. However, as the past shows, a number of  past events, the Russian reaction to the events in Armenia has always  turned against Russia itself. Since it has traditionally been  perceived as interference in the internal affairs of the sovereign  state. The current silence of official Moscow is due precisely to the  experience of the past. Even our experts are more modest in their  assessments, "he stressed.

According to Malashenko, the current domestic political situation in  Armenia was expected, including for partner countries. Nevertheless,  what is happening in Armenia, in his opinion, is really exclusively  an internal affair of the Armenian people. Accordingly, all decisions  taken in Yerevan should be acceptable to the Armenians themselves.   Commenting on the bilateral relations of Armenia and Russia, the  expert noted the presence of some misunderstanding in a number of  issues. According to him, it is precisely this misunderstanding that  supports some, and stable, tension in these relations. At the same  time, full understanding is maintained in many areas of the  Armenian-Russian relations. To clear the jungle of problems on other  issues, in his opinion, there are no resources, no time, neither  Russia nor Armenia.