Robert Kocharyan`s lawyer: In fact, our positions are confirmed in  the advisory opinion of the ECHR 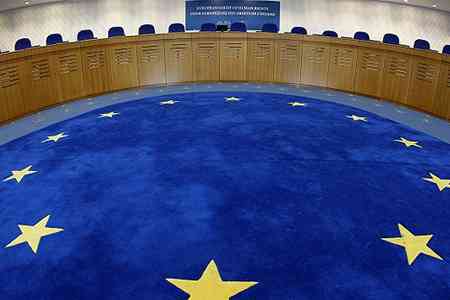 ArmInfo.The advisory opinion of the European Court of Human Rights (ECHR, Ed. note) on the case of the second President of Armenia Robert Kocharyan in response to a request from the Constitutional Court of the Republic of Armenia was  published. This conclusion is published on the ECHR website.

Attorney Aram Vardevanyan reacted to this decision of the ECHR. On  his Facebook page, the lawyer, in particular, wrote: <The European  Court of Human Rights has ruled that if constitutional norms are  referred to through the Criminal Code, they must be extremely clear  and predictable, Including, the component elements of a crime.   Moreover, the wording of the blanket norm of article 300.1 cannot  expand the scope of acts.

Moreover, in 2015, a referendum on amending the Constitution was held  in Armenia. During the referendum, the blank standards of Article  300.1 were amended. That is, in fact, the clarity and predictability  of the alleged act committed in 2008 is excluded.

The ECHR also found that there is no single rule of retroactive  force. But, as we know, the court attaches particular importance to  domestic judicial practice. That is, the European Court of Human  Rights notes that the rules that tighten the corpus delicti cannot  have retroactive effect>.

Vardevanyan noted that there is an intrastate practice in Armenia,  when Article 300.1 was considered as a new corpus delicti, with  actually aggravating the"case of seven", but was not applicable.  Thus, in the opinion of the lawyer, the ECHR confirmed the position  of the defense side of Kocharyan on this issue.

<Also, the ECHR did not give an answer to the first and second  questions of the Constitutional Court. As we know, they concerned a  general interpretation of the principle of legal certainty. But,  nevertheless, in the framework of the third question, the ECHR  actually answered them>, concluded Vardevanyan.

Robert Kocharyan is being accused in the March 1, 2008 case. The  charges were brought under Article 300.1 of the RA Criminal Code  (Overthrow of the Constitutional System)