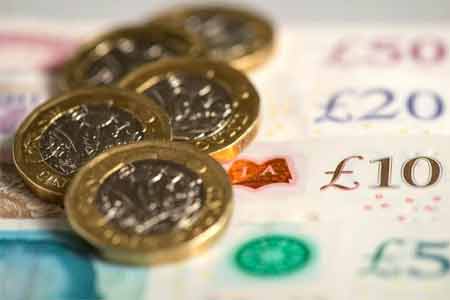 ArmInfo.Another corruption scandal erupted in Britain, with participation of Azerbaijani government officials.  According to Turan with reference to the  Evening Standart, scandal relates to an amount of GBR 14 million.

Thus, as Turan reports: "The British National Crime Agency is  investigating sources of money belonging to a married couple.  Their  accounts in British banks are frozen due to suspicions that they were  obtained as a result of corruption and money laundering through  numerous companies registered on offshore.

There is reason to believe that these funds laundered in the  framework of the famous scandal "Azerbaijan Laundromat", when money  from the authorities went to the West to acquire property.  Material  of the case went to the London court, but the names of the spouses  have not been disclosed.  It is noteworthy that the rights of the  spouses are protected by the same lawyer who conducted the cases of  Zamira Hajiyeva, the wife of the head of the International Bank,  convicted in Azerbaijan, Jahangir Hajiyev.

According to the jurisprudence and legislation of Great Britain, the  names of the spouses from Azerbaijan are temporarily anonymous,  however, the publication claims that "they are related to senior  government officials in Azerbaijan." The case materials show that the  couple "received 13,897,280.00 pounds from 21 legal entities". These  are the same organizations that sent money to the West as part of the  previous scandal called "Azerbaijan Laundromat".  The trial is  ongoing.  Recall that Azerbaijan Laundromat is a scheme used to  launder GBR 2.2 billion withdrawn from Azerbaijan through four  UK-registered companies and an Estonian branch of a Danish bank in  2012-2014.  The money was spent on real estate in the UK, Germany,  France, Turkey, Iran and Kazakhstan. The beneficiaries were both  representatives of the Azerbaijani elite and European politicians".