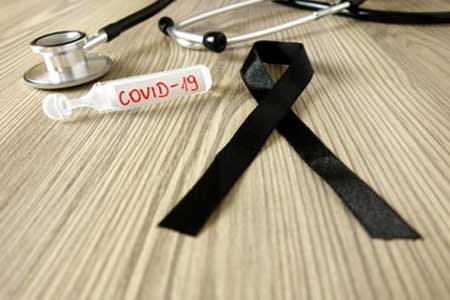 According to the Institute, one of the main indicators of the  severity of the COVID-19 pandemic is the mortality rate. Different  countries report very different ratios of mortality and morbidity  (this is the number of deaths from this disease divided by the number  of confirmed cases of infection), which experts believe is due to  various factors, from the number of tests performed, to the number of  older people in a particular country, and also the characteristics of  the health system.

According to statistics, the top ten countries most affected by  Covid-19 (the number of deaths is proportional to the number of  confirmed cases of infection or population, and not the largest  number of deaths in general), in particular: Belgium, France, Great  Britain, Italy, the Netherlands, Spain, Sweden, Ireland, Switzerland  and the USA.

Disappointing results in the global statistics of the neighbors of  Armenia - Iran (- mortality rate 9 and 9th line in the overall  ranking) and Turkey 5.23 rate and 14th line).