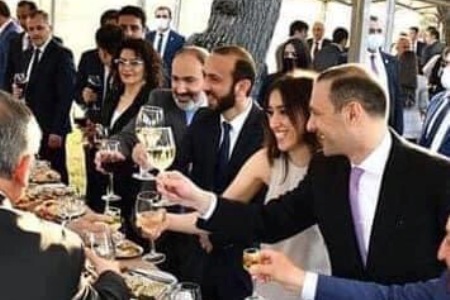 According to the press service of the President of Artsakh, Pashinyan  congratulated President Harutyunyan on the election as President of  Artsakh wished him fruitful work.

In turn, Harutyunyan expressed gratitude to the authorities of the  Republic of Armenia for assisting Artsakh in all matters, assuring  that all efforts will be made to deepen cooperation with Mother -  Armenia.

Then the leaders of the two Armenian states exchanged views on issues  related to security, the economy and a number of other areas.