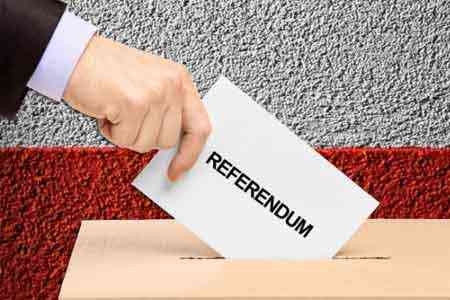 ArmInfo.In Armenia, the number of members of the initiative group to conduct referendum will be halved. At the May 12 sitting in the second and final reading, the RA  National Assembly amended the constitutional law "On the Referendum".

According to the co-author of the presented document, MP of the  National Assembly, Hamazasp Danielyan, the proposed bill proposes to  reduce the number of members of the initiative group from 50 thousand  to 25 thousand people. Thus, as the MP noted, a signal will be sent  to the citizens of the country for presentation on the facilitated  procedure of the legislative initiative, including in the country's  parliament.