Today, Armenian citizens will be able to return home from Moscow and  St. Petersburg 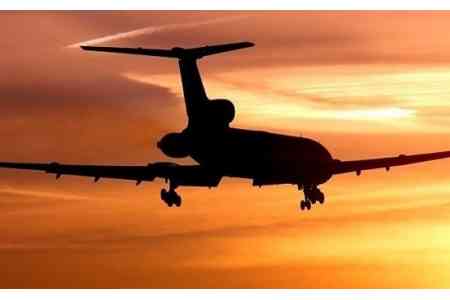 ArmInfo. According to the agreement of the Consulate General of Armenia in St. Petersburg and Ural Airlines on April 23 at 12:00 a charter flight  Moscow-Petersburg-Yerevan will be held. ArmInfo was informed about  this in the press service of the Armenian Embassy in the Russian  Federation.

The diplomatic mission emphasized that the plane will fly from Moscow  with passengers who were included in the embassy list from 254 to 360  numbers and urged these citizens to arrive at Domodedovo Airport by  08:30am (check-in counter 34-36)

The embassy also called on citizens to plan time and not be late,  given that about 20 passengers had not arrived the day before for the  flight.

The Armenian Embassy also reminded that all citizens of the Republic  of Armenia will be subjected to a mandatory 14-day quarantine upon  arrival to their homeland.  It should be noted that during April 6  charter flights from Russia to Armenia were already organized and  more than 1000 citizens were able to return home.