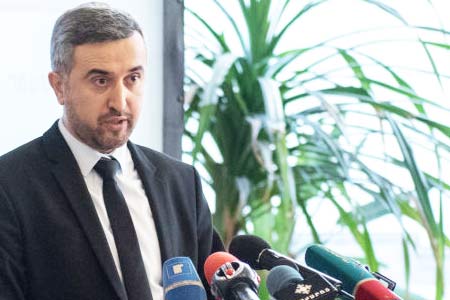 As an example, Khzmalyan cited a Facebook page of the National  Academic Opera and Ballet Theater.  Spendiarova. In the period from  March 17 to April 6, videos of six productions were posted here, and  the total number of their views exceeded 840 thousand. At the same  time, over 326 thousand views were attributed only to opera  performances. The deputy minister noted that this result was recorded  without any advertising campaign. Success is recorded in the case of  the National Academic Theater. Sundukyan, where the number of views  of the first performance within the framework of the project, the  online repertoire exceeded 40 thousand per day. Khzmalyan informed  that almost all theater and music organizations broadcast online  through their official websites or Facebook pages. So, the audience  was very interested in the premiere of the concert performance of  Symphony No. 2 of Aram Khachaturian by the National Philharmonic  Orchestra of Armenia. The online theater format was also chosen by  the ARMMONO International Theater Festival, which began to present a  series of interviews with representatives of the sphere to the  audience. The cinematographers did not stand aside: on the Webtv.am  channel on YouTube you can watch not only Armenian cartoons, but also  find out the details of their creation through a series of  mini-interviews.

Khzmalyan noted that a high interest in the online format indicates  the need for serious work in this direction even after overcoming the  current situation with coronavirus.

Speaking about the impact of the "coronavirus crisis" on the sphere  of culture, the deputy minister informed that the most tangible blow  fell on the international bloc, since, in particular, the holding of  a number of Culture Days was canceled. In this regard, he did not  exclude the possibility that the second half of the year, subject to  overcoming the current problems, will be more saturated culturally,  and there will be a surge in attendance in theaters and concert  venues. In the meantime, the ministry does not forget to pay  attention to older cultural and art workers: they are visited by  specially formed groups of volunteers, provided with the necessary  personal protective equipment. In particular, their task includes  assistance in purchasing the necessary medicines and products.