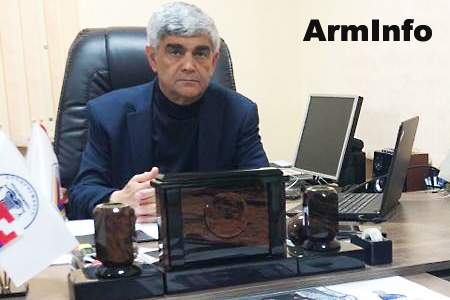 In the legal justifications presented by Balasanyan, in particular,  it is noted that coronavirus infection spread throughout the world  has also reached Armenia. As a result of the spread of this virus in  Armenia, a state of emergency was declared on March 16, 2020, and as  of March 25, 2020 the number of infected citizens amounted to 290  cases.

The letter also notes that the Armenian authorities considered that  the danger of the spread of coronavirus is a threat to the  constitutional order. Balasanyan also emphasized that the  Constitution of Artsakh has a clear distinction between the  provisions of "state of emergency" and "situation of emergency". And  the current situation requires the announcement of a state of  emergency.

''Taking into account international experience, it becomes obvious  that in the context of the rapid spread of coronavirus infection, it  is necessary to implement a number of measures that involve, inter  alia, restrictions on human rights and a number of urgent actions.  All of this will be much simpler and more efficient to implement in a  state of emergency, rather than in a situation of a emergency'',  Balasanyan concluded.  It should be noted that in Armenia 290 cases  of infection with coronavirus were recorded, while in Artsakh there  are no infected.