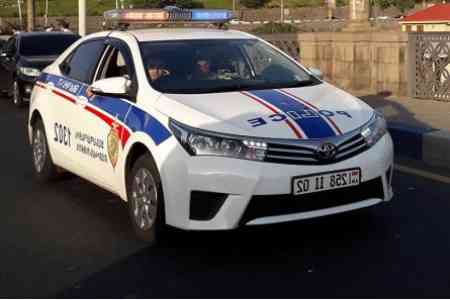 ArmInfo. According to the situation, at 09:00 a.m. on March 26, law enforcement officers stopped 685 vehicles in which there were more than the permitted  number of people (2 persons, together with the driver - Ed.). ArmInfo  was informed about this by the RA Police.

"All those who violated the order were disembarked from the cars. Acts of administrative violations were drawn up against 9 drivers who moved more than the  permitted number of people," the RA Police noted, urging the  country's population to strictly adhere to the order not to leave  home without emergency if necessary, and upon leaving, have an  identification document with you, as well as a travel form.

It should be noted that by the decision of the government, from March  25, strict quarantine measures were introduced in Armenia, according  to which, any economic activity is prohibited for a week. People were  urged not to leave home unless absolutely necessary. According to the  prescription, only grocery stores, pharmacies and banks work.  According to the situation at 10 am, 290 cases of coronavirus  infection have already been recorded in Armenia. 36 had pneumonia,  the condition of two was extremely serious, 18 were cured.