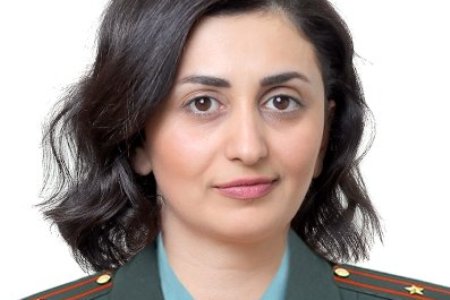 ArmInfo.Three coronavirus tests were taken from three Armenian Armed Forces soldiers. The press secretary of the RA Ministry of Defense Shushan Stepanyan announced this on her Facebook page the day before.

"At the moment, three military personnel have taken samples for  testing COVID-2019, as the family member of one of the military has  confirmed the presence of coronavirus. Military personnel from the  same military unit are not involved in combat missions. In order to  prevent the penetration and spread of the virus registered on the  territory of Armenia, in the Armed Forces, the necessary  anti-epidemic and preventive measures are carried out.

Considering that in addition to the conscripted military personnel,  the Armed Forces of Armenia also have contractual personnel who have  direct contact with the civilian population (officers, warrant  officers, rank- and-file contract soldiers), an epidemiological  analysis and medical examinations are constantly carried out, "said  Stepanyan.

However, she once again stated that all of the above persons are from  the same military unit and are not involved in the performance of  combat missions.

"According to a pre-developed plan, isolation of those in close  contact was organized, and the other circle of contacts was  self-insulated. The military medical institutions of the Armed Forces  are equipped with the necessary material means, the medical staff is  ready to conduct appropriate treatment for possible patients with a  new coronavirus infection," Stepanyan summed up.

It should be noted that in Armenia, as of 10:00 a.m. March 26, 25 new  cases of coronavirus infection were registered. In total, on March  26, 290 people were registered in the country. A negative result was  recorded in 1440 test cases. In fact, at this point, 272 people are  being treated. 18 people recovered. More than 30 people have  pneumonia.