The work of public organizations in Armenia will become more  accountable 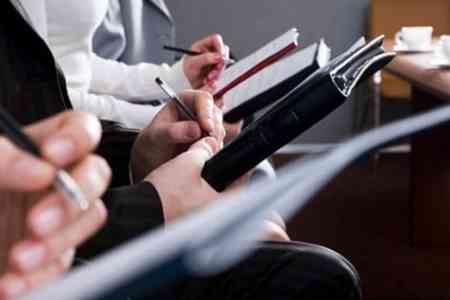 According to the Chairman of the SRC, David Ananyan, at present,  there is an objective need to review the current legislation. So, in  the course of the application of the RA Law "On Public Organizations"  a number of discrepancies were revealed that required specification.  The goal is also to ensure a high level of public accountability. At  the same time, the Cabinet was guided by the recommendation of  paragraph 8.3 of the FATF (Financial Action Task Force on Money  Laundering). In connection with the proposals, a working group was  formed to draft a bill. The development process lasted almost a year,  and numerous public hearings were held, as a result of which all the  interests of the beneficiaries were taken into account.  Under the  current regulations, only PAs that receive funding from public funds  submit an annual report on activities in the past year. However,  henceforth, all organizations will be required to submit an annual  report to the SRC, regardless of funding sources. So, public  organizations receiving public money should not only disclose the  programs within which they receive this funding, but also indicate  the sources of financing. The remaining non-governmental  organizations will submit to the authorized body -SRC, information on  the programs within which money and property funds were received,  without indicating their sources of funding. In addition, if, under  the current regulations, the PAs indicate in the annual report the  number of members of the public organization and volunteers at the  beginning of the reporting year, now it will be required to submit  data at the end of the reporting year. In this case, it is required  to indicate the number of volunteers who have worked in the NGO for  at least 20 hours and who are in the contractual relationship with  the NGO.

It should be noted that the non-governmental international  organization Transparency International also touched on this topic,  which stated its concern in connection with the presented document.   Recall that, according to paragraph 8.3 of the FATF recommendation,  countries should have a clear policy of promoting transparency,  credibility and public trust in the direction and management of all  non-profit organizations.