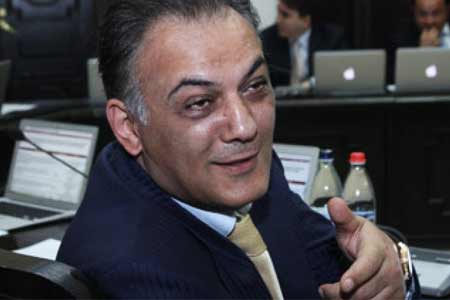 ArmInfo.The National Security Service of Armenia revealed another case of abuse of official position in local self-government bodies and embezzlement on an  especially large scale through the appropriation of property.

According to the press service of the NSS of the RA, due to  operational investigative data, factual information was obtained that  the head of one of the capital's communities, and then the mayor,  based on his personal interests when using his official position to  the detriment of his official interests, appropriated large real  estate in Yerevan worth 233,470,000 drams, namely a kindergarten on  Tamanyan street in Yerevan.

The NSS noted that in violation of the existing procedures and  provisions of the law, through the official forgery and on the basis  of an illegal decision of the Council of Elders of December 25, 2008,  the process of reorganizing the kindergarten and merging with another  kindergarten was ensured with a view to its subsequent assignment.

"And on March 16, 2009, being the mayor of Yerevan and in order to  complete the criminal intent, he changed the practical value of the  aforementioned territory with a total area of 228.3 square meters and  included it in non-residential fund as a territory intended for  public services.

And then, this property was disposed of at a reduced price of  23.120.000 drams, and already on February 2, 2011, through the  purchase and sale agreement, it was registered in the name of the  father of the above official. The transaction value amounted to  24,000,000 drams. Then, the territory on basis of a testament- deed  of gift was reissued as a property on the offical's son name. As a  result of these acts, damage to the state was caused in the amount of  233.470.000 drams, "the National Security Service said.

The department also informed that a criminal case had been instituted  on the fact, the aforementioned person was involved as an accused.  "Considering the fact that the above-mentioned person left the  territory of Armenia, he was put on the wanted list. The court chose  the arrest as a preventive measure against him. The preliminary  investigation is ongoing. At the same time, evidence was obtained  about the alienation and appropriation of 27 other immovable  property. All measures are being taken both to identify the accused,  and to clarify all participants in the scheme, and to bring them to  justice in all the strictness of the law, " the National Security  Service informs.

It should be noted that Gagik Beglaryan (popularly known as the black  Gago) occupied the post of mayor of Yerevan in the above period.